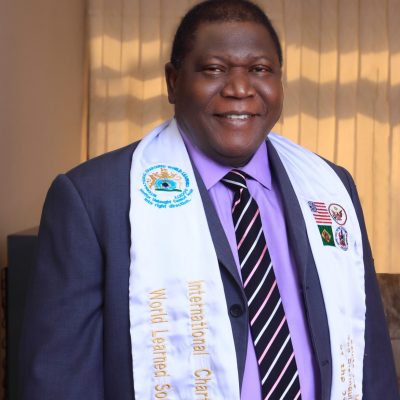 Professor Yakubu Aboki Ochefu is an academic, university administrator and entrepreneur. He was born at the 44 Armed Forces Hospital in Kaduna on Monday the 24th of October 1960, to the family of Col. Anthony Aboki Ochefu (rtd.) of blessed memory, and Mrs Mammy Ochefu. He started primary school education at Army Children School, Dan-Tunku Road, Kaduna in 1964 and completed at St. Bernadette’s Private School Ibara, Abeokuta in Ogun State in 1971. He equally started his secondary education at Kufena College Wusasa Zaria in 1972 and completed same at St. Gregory’s College, Obalende Lagos in 1977. After a one year stint at the School of Basic Studies Ugbokolo, he proceeded to the University of Calabar in 1978 as the first set of Nigerian students to be admitted into Nigerian Universities through the Joint Admission and Matriculation Board Examinations to study for a B.A. Honours degree in History. He graduated in 1982 as the best student in his  class and proceeded to serve the Nation at the Government Day Secondary School in Funtua, Katsina State. In 1983 he enrolled to the postgraduate programme of the Centre for West African Studies at the University of Birmingham in the United Kingdom and graduated in 1985 with an M.A degree in Economic History and Political Economy. In the same year, he  enrolled at his alma mater, Calabar, and registered as a part-time student for a PhD programme in Economic History which he earned in 1992.

Professor Yakubu academic career began as an Assistant Lecturer in 1985 at the University of Calabar. He rose through the ranks and by 1992, was a Lecturer Grade One. In 1993, he joined the Benue State University Makurdi  as a pioneer staff, where he helped establish the History Department. In 2003, he was promoted to the rank of Professor of Economic History. At the Benue State University, he held various positions such as Head, Department of History, Dean Students Affairs, Deputy Vice-Chancellor, Director of Consultancy Services and Director of Open and Distance Learning. From 2012 to 2017, he served as the Vice-Chancellor of Kwararafa University, Wukari, Taraba State, a privately promoted community-owned University. He was appointed  Secretary-General of the Association of Vice-Chancellors of Nigerian Universities, and Committee of Pro-Chancellors of Nigerian Federal Universities in November 2019.

Professor Ochefu is a specialist in Economic History and Development Studies and has over 75 publications to my credit. These include sole author, joint author, edited and co-edited books, journal articles, commissioned technical papers and conference papers.

He is  a Fellow and former National President of the Historical Society of Nigeria, the oldest professional academic body in the country, and a Member of Nigeria Academy of Letters. He is also a Special Fulbright Fellow, a World Innovation Summit in Education (WISE) Leadership Fellow and recipient of the 2016 World Education Congress Award for Academic Leadership in Challenging Environments. He is currently the National President, University of Calabar Alumni Association Worldwide.

He has at various times, consulted for the World Bank, UNDP, DFID, and International Republican Institute on Social, economic and political issues. As an Information and Communications Consultant, he was Chair of the Benue State Information Systems Committee and National Coordinator of the “Digital Bridge Initiative” one of the largest eEducation deployments ever in this country.  He has  been an IT team leader for the development of transaction portals for numerous institutions of higher learning in Nigeria, Liberia, Ghana, and Uganda. He has also assisted many institutions in developing their Information Technology and Open and Distance Learning Policy documents.  As a part-time entrepreneur, he has  promoted  a number of businesses in Information Technology, Publishing, Renewable Energy and Waste-to-Wealth and  seats on the Board of a number  companies and non-governmental organisations.

Professor Yakubu Ochefu is a man driven by three passions. A passion for teaching and research in History; a passion is for using technology to drive change and a passion for development and wealth creation. He is a team oriented individual has excellent verbal and written communication skills, excellent teaching, mentoring and coaching skills, Great cultural awareness from travelling, studying and living with people from around the world, good time and capacity management gained from managing numerous large projects and constant tight deadlines. He is a widely travelled man who has visited over 28 countries in Africa, Europe, North America, and Asia and has been to all the 36 states in Nigeria. He is  married to Hilda Ihinwa Ochefu, and  blessed with three adult children. He   holds the traditional Chieftaincy title of Ola’Yala bestowed on him by the Yala Kingdom of Cross River State in 2011 for meritorious services to the community. In his  spare time, he enjoy reggae, heavy metal rock and roll, soukous, Fuji, traditional opera and drum beats, and classical music. He also enjoys skydiving, rain forest hiking, martial arts, watching TV documentaries.