Professor Samuel Gowon Edoumiekumo was born on the 30th of April, 1970. He holds two Doctorate Degrees from the University of Nigeria, Nsukka and the University of Port Harcourt. His educational pursuit has taken him across all the regions in Nigeria. 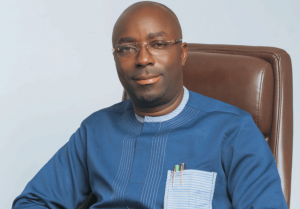 One does not become an Academic General in the ivory tower without any conscious effort and hard work. Several factors interweave to make this possible. They include: determination, sound morality, strength, fidelity, reliability, accountability, show of cerebral profundity, expertise and fear and love of God. Between 2002 and 2014; Samuel Edoumiekumo progressed through the ranks of Assistant Lecturer, to a Professor of Economics at the Niger Delta University, Wilberforce Island Bayelsa State. From 2011 to 2016, he served in various Boards within and outside the University such as Center for Education Services, Basic and Pre-degree Programmes, Directorate of Consultancy, Entrepreneurship Research and Development, and Linkage Assurance Plc.

Prof. Edoumiekumo is a Fellow of the Historians of Education Development Society of Nigeria (HOEDSON), Fellow, Institute of Chartered Economists of Nigeria (FIEN), Fellow, Chartered Forensic Investigation Professionals (FCFIP), Member, Nigerian Economic Society, Fellow, Nigerian Institute of Management. He has earned several academic and professional awards. In 2017 he was awarded the Distinguished Economist Award alongside Mr. Godwin Emefiele, Governor of Central Bank by the University of Nigeria, Nsukka. Others include: The Pan African Servant Leadership Award by the African Student Union Parliament, Award of Honour as the Most Innovative Vice-Chancellor in Niger Delta University, Award for the Exceptional Leadership in the University Administration and the Prestigious Administrative Award 2019 in Education by African Leadership Magazine’s Person of the Year Award in Johannesburg, South Africa amongst others.
Prof. Edoumiekumo’s highest intellectual passion is the search for consumption and production of knowledge. This outright scholar has written and published widely in local, national and international journals, books, book chapters, research reports and monographs. He has also attended and presented seminar papers at several national and international conferences. His web of knowledge has produced scholarly works in economics, and has earned him several awards. Professor Samuel Edoumiekumo presented the 17th Inaugural Lecture in 2015 titled GOD MAN AND THE WORLD: THE NIGERIAN TRIPODIC ‘EXCHANGEOLOGICAL’ DILEMMA at the Niger Delta University. Edoumiekumo is a pastor, teacher, a tutor, a don, a marketer, an accomplished banker and member of Boards in several reputable organisations. He has consulted for various organisations including some world bank assisted Agencies. His intellectual erection and carriage as a philosopher and professor of economics is a burning endorsement of his monumental contributions to the foundation of economics and social science studies in Nigeria and in the world. The erudite scholar has served as Chairman, National Universities Commission (NUC) Accreditation Team. He is an ASUU veteran. Professor Samuel Gowon Edoumiekumo is happily married with children.